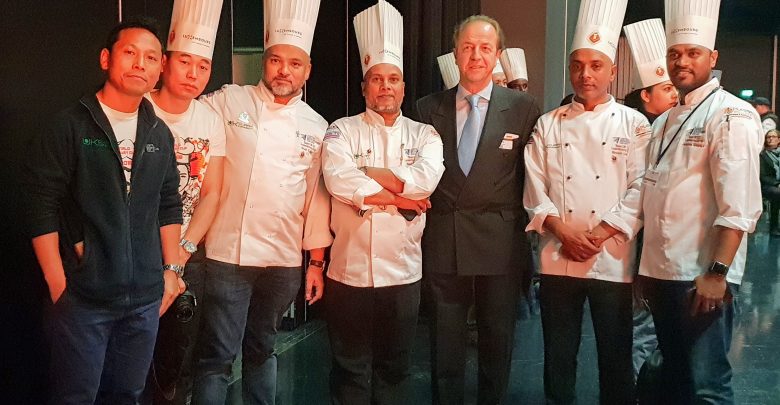 UK Curry Connect (UKCC), a small campaign group that is trying to make its voice heard on behalf of the Asian catering industry to various government and industry bodies to deal with staff and skills shortages that are blighting the industry. 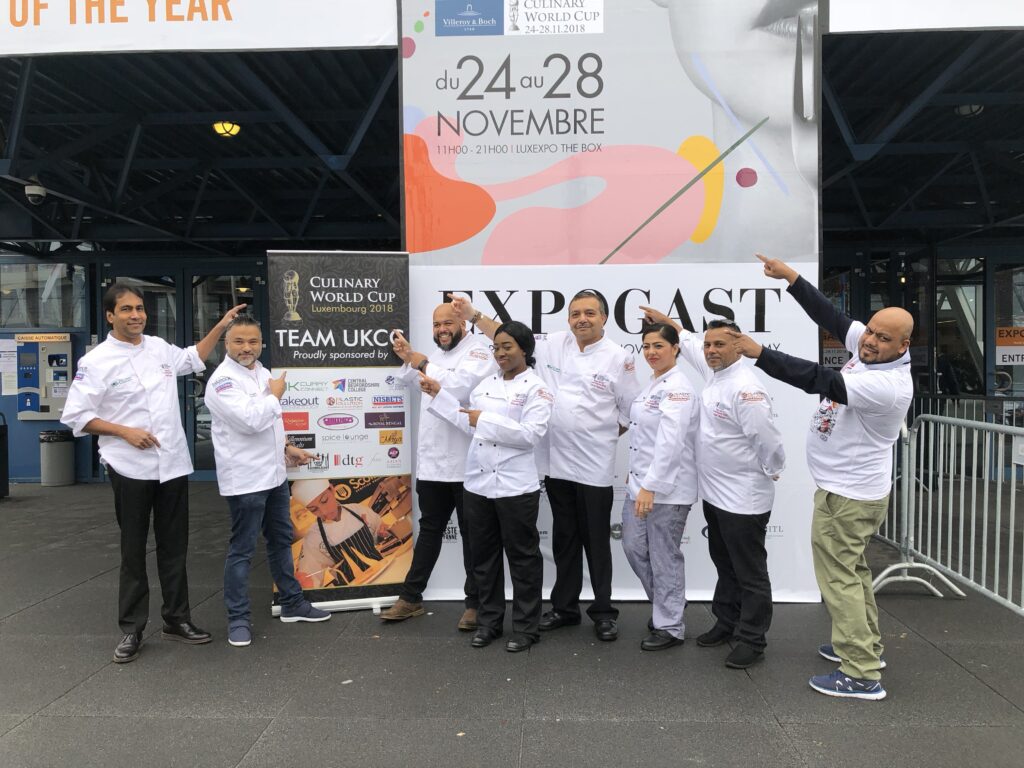 UKCC has a number of viable proposals that have already been presented and one of its long term proposals is that of training and bringing in more home-grown talent. The idea is to inspire individuals that there are long term prospects in this industry and progression for those with passion. The idea for competing in the recent and spectacular Culinary World Cup, in Luxembourg came from its collaboration with Central Bedfordshire College. UKCC has a partnership with the college to train students who wish to learn about international cuisine. What better way to showcase the potential for this industry than to compete at the very pinnacle in the gastronomic world. An event where the very best attend, where future trends are set, where iconic legends rub shoulders with up and coming superstars and where UKCC can make its mark as the very first Bangladeshi led team on this very exclusive international stage. 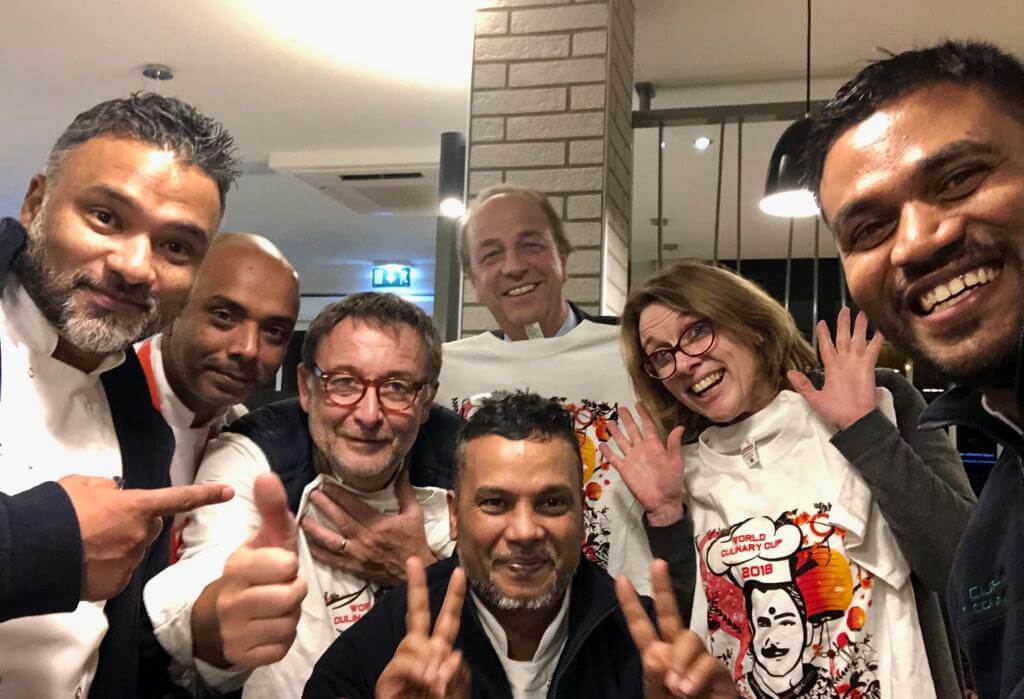 This journey was far from straight forward, however, finances needed to be raised and suitable chefs found, as well as addressing the naysayers that said this couldn’t be done, and indeed some that went out of their way to make sure it would be difficult…and all this before they’ve even left for the competition. Sponsors were sought, including industry heavyweights like Just Eat, Kingfisher and Cobra, but all declined. So it was left to team managers Moslek Uddin, Shah Athar and Naseem Talukdar to approach the smaller businesses and acquaintances to rally round as much as possible. They were themselves surprised by the lack of ambition or belief shown by large corporate companies towards this well-known campaign group within the industry. During the selection process, cookin The team worked through the night within the confines of their own bedrooms to get its first entries ready for the competition, some pastry art entries and a chocolate centrepiece with a girl spraying graffiti…the latter impressing the judges and winning a bronze medal! Not being able to contain themselves, a message was sent to Moslek who was just coming out of the airport after having to chase funds to support the team. Moslek arrived feeling overwhelmed with a sense of vindication, that his belief in the team had paid off and that all his hard work would be worth it in the end. This early bronze medal galvanised the team to try and achieve more and they continued to work through most of the night, almost every night. Two members from Team UKCC even went to learn some of the artisan pastry that the bakery produced at 4am. 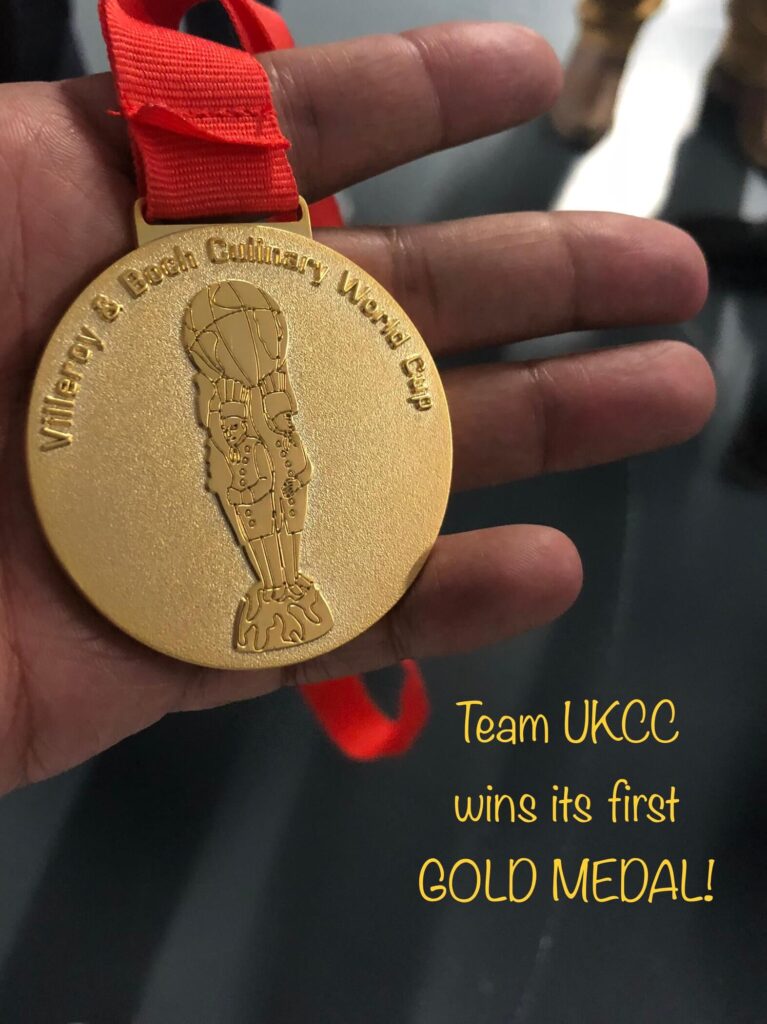 On the very last night, where everyone was at work helping each other and even the hotel where the team were staying cleared the restaurant area so that the team had space to work from, it was a huge effort not only from the team but also its honorary new members, Patrick and Natalie from the bakery, but also Constantin and Mika from the hotel staff. Without the support from the local bakery and even the hotel, a lot of Team UKCC’s achievements may not have been possible. 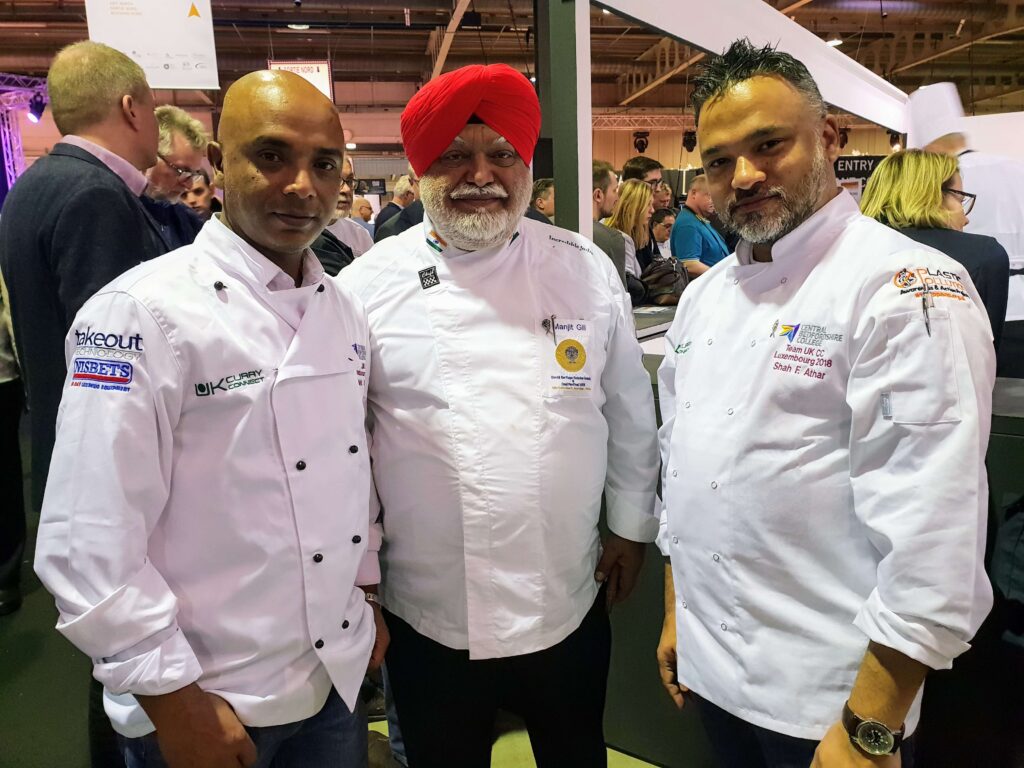 On Team UKCC’s final day at the Culinary World Cup, all entries were delivered at 5am, ready for judges inspection. The rest of the day was to wait for the results. Lots of friends and were made and, although Team UKCC were completely unknown at the beginning of this event, by the end of it there were not only other national teams supporting them but large influential organisations willing to work with them on future projects, having seen what was achieved on a shoestring budget. Come the announcement of results. Team UKCC were presented with 3 silvers, but told to stay on stage, as the judges then announced that Team UKCC had also won a gold medal! The audience cheered and the feeling was shared amongst the team for such a momentous moment. 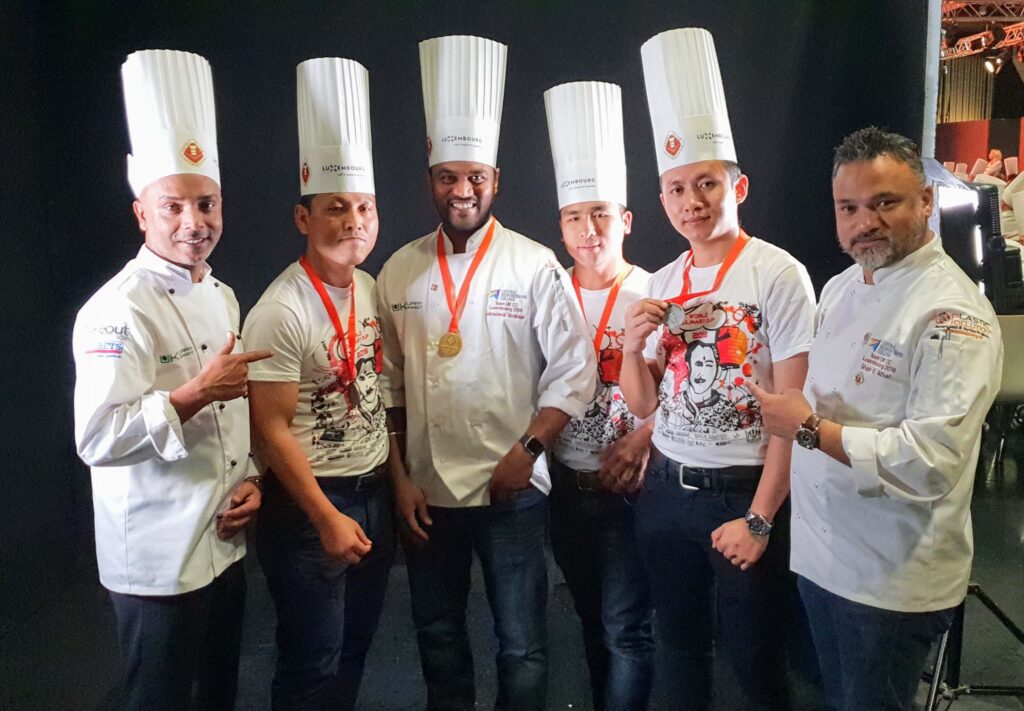 The gold medal entry itself made entirely of salt dough, was a huge slice of fate as the subject matter was ‘plastic pollution awareness’, a project that Team UKCC also heavily support and one that intrigued not only the judges but the viewing public as well. After leaving the medal ceremony, a lot of the emotions erupted as a lot of the senior team were in tears at the achievements of the team, where certain decisions were justified and that the journey of a small independent team from the United Kingdom made up of chefs from all over the country came and competed at the very highest level and walked away with 7 medals in total, including gold. Not only did they surprise themselves, but they surprised a lot of the established teams, as well as the doubters back in the UK. If one were to think of a movie analogy, the film “Cool Runnings” comes to mind, perfectly summarising the trials and tribulations of a small team that no-one had any hope for but still competed anyway against all the odds and all the hurdles along the way.

lthough they came with low expectations, Team UKCC were certainly one of the stories and highlights that came out of this year’s Culinary World Cup. Team UKCC, comprises a collaboration between UK Curry Connect and Central Bedfordshire College. The main purpose of the UK Curry Connect is to address the staffing and skills shortages within the Asian catering industry. The culinary world cup was intended to provide inspiration to those who may see catering as a career option and to provide ambition to those who have the desire for it.